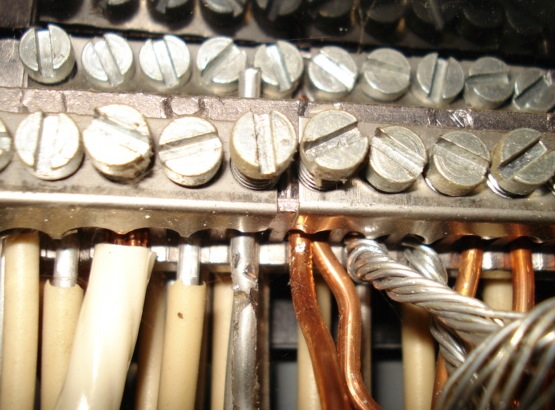 Between approximately 1965 and 1973, single-strand (solid) aluminum wiring was sometimes substituted for copper branch-circuit wiring in residential electrical systems due to the sudden escalating price of copper. After a decade of use by homeowners and electricians, inherent weaknesses were discovered in the metal that lead to its disuse as a branch wiring material. Aluminum will become defective faster than copper due to certain qualities inherent in the metal. Neglected connections in outlets, switches and light fixtures containing aluminum wiring become increasingly dangerous over time. Poor connections cause wiring to overheat, creating a potential fire hazard. In addition, the presence of single-strand aluminum wiring may void a home’s insurance policies. Inspectors may instruct their clients to talk with their insurance agents about whether the presence of aluminum wiring in their home is a hazard, a defect, and a problem that requires changes to their policy language.
A home inspector is required to report upon single-strand, solid conductor aluminum branch-circuit wiring, if observed by the home inspector.
Facts and Figures
Aluminum as a Metal

Aluminum possesses certain qualities that, compared with copper, make it an undesirable material as an electrical conductor. These qualities all lead to loose connections, where fire hazards become likely. These qualities are as follows:

Although not recommended by the CPSC as methods of permanent repair for defective aluminum wiring, the following methods may be considered:

In summary, aluminum wiring can be a fire hazard due to inherent qualities of the metal. Inspectors should be capable of identifying this type of wiring.